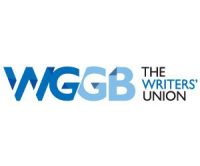 We have been negotiating better pay and working conditions for writers since 1959. The national agreements we have in place cover key industry bodies, including the BBC, ITV, Pact; National Theatre, Royal Court and Royal Shakespeare Company (see some of our recent wins for writers).

We lobby and campaign on behalf of writers, to ensure their voices are heard in a rapidly changing digital landscape.

We offer a range of benefits to our members, including free training, contract vetting, a pension scheme, Welfare Fund, entry to our Find A Writer directory, a weekly ebulletin, plus member-only events and discounts.

The Writers’ Guild Awards ceremony is an annual, red-carpet event that has featured high-profile winners since it first launched in 1961. The evening gives writers the chance to honour their peers, and to celebrate the importance of writers and writing to the creative industries, in the UK and abroad.

There are plenty of opportunities for WGGB members to get involved in the running of their union, through the regional or craft committees, or by becoming a member of WGGB’s decision-making body, the Executive Council (EC). You can see some examples of their recent activity in our annual report.

Read a history of WGGB in The Write Stuff flipbook, below, and on the special anniversary website we produced to celebrate our Diamond Anniversary in 2019.

If this is a venue you manage and would like to update the details, register and return to this page.

To make sure you are correctly linked with the organisation, we will make some manual checks.

If these details do not match, but you would still like to make a claim, please contact us.

We use cookies and other tracking technologies to ensure that we give you the best experience on our website, analyse your use of our products and services, assist with our promotional and marketing efforts, and provide content from third parties. More info

These cookies are necessary for the website to function and cannot be switched off in our systems. They are usually only set in response to actions made by you which amount to a request for services, such as setting your privacy preferences, logging in or filling in forms. You can set your browser to block or alert you about these cookies, but some parts of the site may not work then.

These cookies allow us to count visits and traffic sources, so we can measure and improve the performance of our site. They help us know which pages are the most and least popular and see how visitors move around the site. All information these cookies collect is anonymous. If you do not allow these cookies, we will not know when you have visited our site.